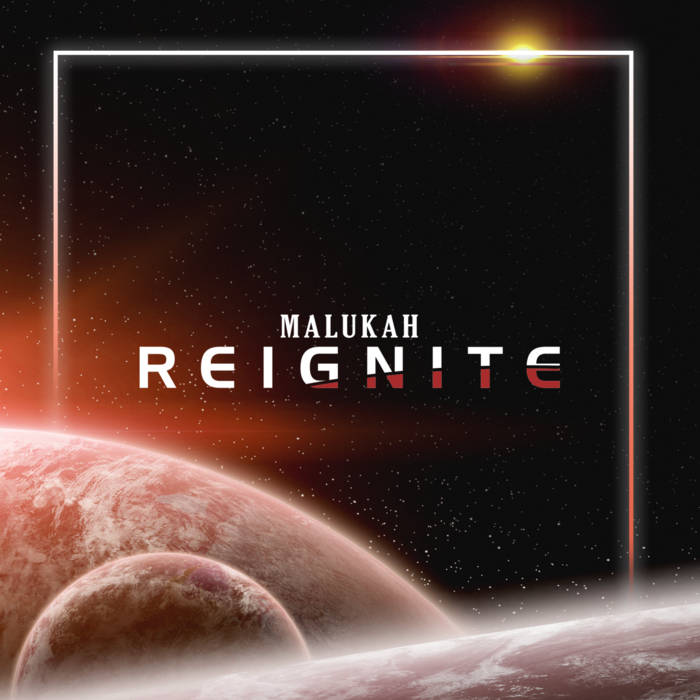 Marjoleine Much like Malukah this game was present at a difficult time in my life, the characters were a beacon in the night and I had just discovered the musician who made me dream with her voice, so when I saw this ... I did not hesitate for a single second ... Continue your wonderful work!

DrKeyP The unique mix of original music and adding new layers is redefining the video game music covers with this one. Legendary!

Richard Glidden Reignite is a personal favourite, and the one song that helped me through a dark time in my life. I am thrilled that it's finally available to purchase!

Reignite is everything a tribute song should be. Malukah takes the best themes from the Mass Effect series and weaves them together into something completely new yet familiar, then adds her beautiful voice and lyrics that capture perfectly the theme of perseverance.
more...

Reignite is a tribute to Commander Shepard and all of the Mass Effect characters that kept me company while playing the games.

This song marked an important part of my life. I'd been struggling as a musician for years and felt I'd run out of options. I had decided to stop chasing that dream. And then, a cover video I made went viral.

At first, I was reluctant to get my hopes up again that I could do this. Make a living from music. But months later, while writing the lyrics to Reignite, I realized I was singing those words to myself. To not give up. Those lyrics weren't only about Shepard. So I cried like a baby. And made up my mind to keep trying even though I was scared of how difficult it would be.

That's one of my favorite things about writing. It can be life changing even when you least expect it.

The original themes that inspired the music for this tribute song:

I Was Lost Without You (Sam Hulick - Mass Effect 3)

A Future for the Krogan (Christopher Lennertz - Mass Effect 3)

"Reignite" was made possible by the following individuals:

The Mass Effect games and series are © Electronic Arts Inc. Malukah, Materia Collective LLC and its artists are in no way affiliated, associated, authorized, endorsed by, or in any way officially connected to Electronic Arts Inc. with respect to this album. Musical compositions are used with permission. All rights reserved.

For complete credits and information about this release, please visit Materia Collective: www.materiacollective.com/music/reignite

Hi! I am a composer and singer from Monterrey, Mexico. Thank you guys for all the support you've given the game covers I've uploaded to YouTube (youtube.com/malufenix)!

Bandcamp Daily  your guide to the world of Bandcamp

Benji B talks about his new compilation ‘Deviation Classics’